There are many things to consider when using a forcing tool to catch silage or move it around the farm, but probably the most important factor is tying the silage on your binder twine. It would help if you remembered that silage comes in two forms, low moisture and high moisture. Low moisture silage that runs down the chute is best tied on a knot of shearing shears with about four to five feet of binder twine. 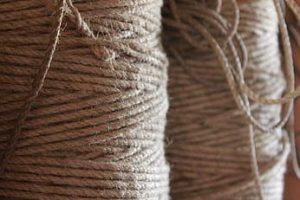 For tying silage that is still coming together, you can turn the binder loops by hand or push them under a machine. After the silage has been tied, you will then have a nicely silage rope that is ready to be used for silage. While these methods will not get you the silage to the chute, they will help you get it to the chute as quickly as possible.